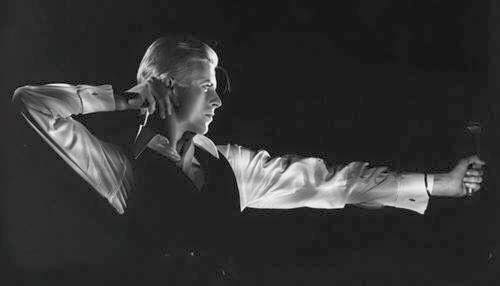 David Bowie: A Tribute to a Visionary Starman

Here are we, one magical movement from Kether to Malkuth. – Bowie, 1976

I became aware of David Bowie even before I knew who he was. Also before I was envying my older sisters for being able to attend the “Aladdin Sane” concert without me. He came to me in a profoundly spiritual dream when I was 7 years old that I still remember today. He would show up occasionally after that for decades, often with a teaching, a smile or just the encouragement of his presence. I understood early on that he was much more than an artist or Rock Star and so did so many others. His otherworldly interest and persona seemed much more than a costume or one of his many changing identities. There was always an “anthropologist from another planet” vibe about him, like he was just here gathering data for some far away planet that he would never reveal.

This is taken from my Facebook page on 1.11.16 which ironically was also my Birthday:

The level of mourning in the world over Bowie today has been immense. For the LGBTQ community, starseeds and sacred “weirdos” of all kinds especially we lost a powerful guiding force yesterday, on the physical plane anyway.

A little backstory on Bowie: In a rare candid interview some years back, he shared to Rolling Stone magazine that he aspired to be a (Tibetan) Buddhist monk in his young adult life. When the high lama took one look at him he said, “You, you go be a Rock Star this life!” and the rest as we know, was history.

Though people over the years thought I had your basic teenage crush on him, those in the know knew better. Bowie as a soul was/is immense and often did work with many people on the inner planes. He is primarily and most recently Andromedan as verified by my colleague Jo Amidon, who is an expert in soul origin. This was also evidenced by his work being a solid and consistent 20-30+ years ahead of its time. For example, I realized in 2012 that the “Diamond Dogs” album released in 1974 was an eerily accurate vision of the Obama years. He is also considered a pioneer of electronic music with the “Low” and “Heroes” albums, both recorded in the 1970s.

I was surprised that I was able to connect with him today as I was so emotionally impacted by his passing. I was told by my Guidance Team the Akashic Wisdom Keepers that he will be visiting many people especially in the next three days (and beyond,) primarily in the dream time. I’ve already heard from some people that he was featured in their dreams Sunday night, right after his departure.

As I shared earlier today, there is a reason we are alive in a time to share space with so many great beings. Though it is hard to see them go, we must not lose faith. We must become the new great ones that the world needs. It is time to manifest our destiny and call forth our harvest. And so it is.

(Laughing) I always had a bit of a God Complex didn’t I? Now I am God…well returned to Him/Her anyway.

Me: What can we do in your honor?

What I leave as a gift to my friends is a bit of genius and the courage to express it. That is needed in the world. It is not my genius however. It came from God. I always was a believer, even in the times when I didn’t think that I was. In the end (of one particular journey anyway,) it is not about influence, money or fame though I experienced all of those things. It is about love. That is the most important truth and legacy.

I invite my friends to not grieve for me, but to celebrate all that we shared. I have been blessed by friends all over the world. I am so touched by your love. Love connects us now and always. If you need a Star Commander, look to your own selves. I was just one who helped open the door. – Bowie, 1.12.16

Look up here, I’m in heaven. I’ve got scars that can’t be seen. I’ve got drama can’t be stolen. Everybody knows me now. This way or no way, you know I’ll be free. Just like that bluebird. Now ain’t that just like me? – Bowie, Lazarus, 2016

In one of his ultimate magic tricks, Bowie managed to conceal a terminal illness from the world for 18 months which is no mean feat, especially as a widely recognizable person. He did this while creating his last album “Blackstar” released on his Birthday January 8th, never once tipping his hand. Upon hearing this album now it is evident that it is both a love letter and a swan song. When Michael C. Hall sang his latest single on the Colbert show we didn’t think too much about it. It was just another cool Bowie move. Now we know. Isn’t it just like him to create compelling and original art right until the very end? The level of commitment, bravery and authenticity of that alone is rare and astonishing. The drive and ability to create couldn’t be stripped from him, even as his physicality began to fade.

As Simon Pegg wisely said, “If you’re sad today, just remember the world is over 4 billion years old and you somehow managed to exist at the same time as David Bowie.”

It’s going to be a very different world without the Starman in it, but we know he’ll still be guiding and cheering us on from the celestial realms.

A “Blackstar” (in this context) is a star that has returned to the void of origination. It is still a star, even if you cannot see its light. – The Keepers, 1.11.16 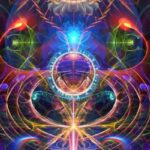