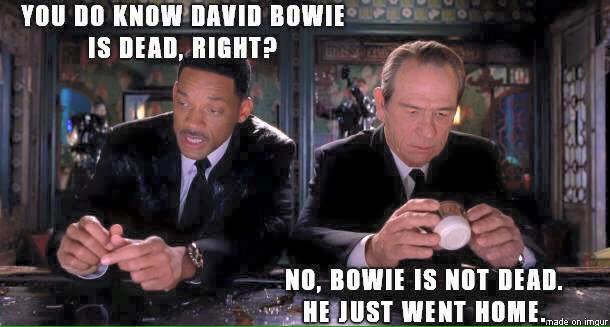 Something happened on the day he died. Spirit rose a metre and stepped aside. Somebody else took his place, and bravely cried: “I’m a blackstar, I’m a star star, I’m a blackstar.” – Blackstar lyrics, Bowie 2016

NOTE: If you haven’t read it yet, I recommend the first part in this series, “David Bowie: A Tribute to a Visionary Starman” in the blogs area of this site.

I was told by the Akashic Wisdom Keepers that those especially who identify as Lightworkers and starseeds are feeling his physical loss the most, though the entire world also is. His “soul group/family” is enormous and consists of millions of people. We have soul memory of our connection, even if we don’t recall it consciously. It is as painful for some as losing a family member and that’s because for many of us he is. As far as starseeds go, he is royalty who masqueraded as an artist and rock star for a bit, as a soul he is ancient. He was in the “maverick” Indigo/Wizard designation and a wayshower that the world had not seen at that level in our lifetime.

I was also shown that there is a reason why he kept his terminal illness from the general public. Many admirers would have gone into shock, panic and even pity, all of which would not have been helpful to his transition. On one level his passing was his greatest piece of “performance art,” but there was also a higher intelligence behind it. Similarly to when Robin Williams passed there was a great amount of energy released to the entire planet, especially to those who felt a connection to him. Those who identify as Lightworkers and starseeds have had many profound experiences this week, many of which have yet to speak about them as they are still integrating them.

It is time to quit playing so small starseed friends. Ask for your mission to be revealed to you. I was fortunate to have known what mine was from a very early age. Your human lives are precious and filled with such opportunity to learn, love and explore. You are alive in an extraordinary time. We will meet again. I love you with all that I AM.

Q: What are your parting words to us?

A: I have no parting words as I will not ever entirely leave you. When you align with the Master Soul/Source you align with me. This is the “home” where I will be. There are no limits to the multidimensional self. That is how I am able to connect with so many simultaneously.

It is one thing to have humility, it’s another thing to be in misunderstanding of who you are. Part of that was due to what has been called the Matrix which has buried so many starseeds and hidden their true identities. I took out a piece of it upon my departure. – Bowie, 1/13/16 (This is also related to the great “wobble” that many sensitives felt this week.)

Another very interesting thing is that I heard from three people already that they received a message almost verbatim to the first one that I shared here. One is an artist, one is an astrologer and the other is an yoga instructor. All would be described as mystics in their own right. I know there are also people that have not come forth yet with their experiences and I am curious to what they received as well.

I was telling a friend today that never before has there been an artist and public figure that has made such an enormous impact spiritually and gave those who were aligned with him a spiritual activation and vibrational upgrade upon his departure. It is also interesting to note that shortly after January 10, a beautiful double rainbow was seen in in New York City which had been his home for many years and where he passed. Rainbows are often seen in the sky after the taking of Bodhisattva vows with His Holiness Dalai Lama in India and also upon the passing of some high Buddhist Rinpoches.

It is my hope that the sharing of these messages and information will be of service to any people who are feeling bereft due to his passing. Love and blessings to you all. Thank you for reading. 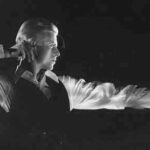